BLUEMED workshop on underwater archeology and sustainable tourism in Crotone 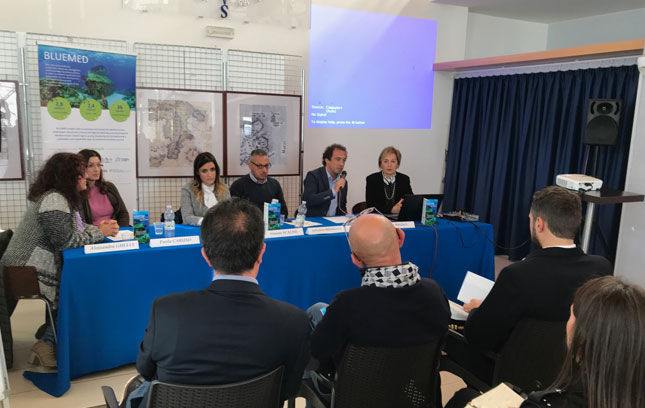 Italian Lega Navale of Crotone hosted a workshop dedicated to BLUEMED and focused on the theme "Underwater archeology and sustainable tourism". Let`s remind, among the pilot sites, the Project has the Marine Protected Area (MPA) "Capo Rizzuto" (one of the largest marine parks in Europe), with the aim to enhance its numerous wrecks and underwater archaeological artifacts.

Through a special agreement between the University of Calabria (UNICAL) and the "Polo Museale della Calabria", a "Knowledge Awareness Center" (KAC) will be realized inside the the National Archaeological Museum of Capo Colonna. The KCA will be a space in which, through the use of multimedia technologies, visitors will enjoy information and contents about cultural heritage and naturalistic beauties from the depths of the Mediterranean Sea, paying special attention to those of MPA “Capo Rizzuto”.

The workshop was attended by several experts in the field, who offered stimulating contributions on various issues concerning the protection and conservation of submerged archaeological heritage.After the welcome by the President of the Lega Navale di Crotone, Giovanni Pugliese and the Mayor Ugo Pugliese, Fabio Bruno, professor at the Department of Mechanical, Energy and Management Engineering (DIMEG) of UNICAL and BLUEMED Project Responsible for UNICAL, presented the progress of the project and the activities which are being carried out in the pilot sites in Croatia, Greece and Italy. Among the various technologies that will be employed in BLUEMED, he focused on the underwater tablet, which allows divers to observe the map of the seabed, to know their position and to receive information on what is being explored. Prof. Bruno has also shown the potentialities that "Augmented Reality" can have in both the museum and the underwater world with concrete examples taken from archaeological contexts within the BLUEMED pilot sites.

Subsequently, Dr. Gregorio Aversa, Director of the National Museum and Archaeological Park of Capo Colonna, described the technological improvements, many of which made at DIMEG, which will be implemented by next spring in the Capo Colonna Museum.

Dr. Salvatore Medaglia, UNICAL underwater archaeologist, presented an overview of the state of the art of submerged archaeological parks currently operating in the Mediterranean and the rest of the world, and also presented the economic potential of the underwater tourism - archaeological in particular – that the coastal areas with a tourist vocation can have. Also Dr. Simone Scalise, responsible for the Marine Protected Area of Capo Rizzuto, has placed the emphasis on the tourist potential of submerged archaeological sites present both in Crotone and in other regional areas. Dr. Michela Ricca, young researcher in Sciences and Technologies applied to Cultural Heritage of UNICAL, highlighted the importance of conservation and restoration practices, focusing on damage forms of materials in underwater environment and on new methods for cleaning and in situ conservation.

Two underwater archaeologists, Dr. Alessandra Ghelli, from the Regional Secretariat of the Italian Minister of Cultural Heritage, and Dr. Paola Caruso, from the Superintendence of Archeology, Fine Arts and Landscape for the Provinces of Catanzaro, Cosenza and Crotone, have respectively exposed the new initiatives that took place in recent months in Calabria on underwater archeology and analyzed the 2001 Convention, ratified also in Italy, which recommends the in situ conservation of the underwater cultural heritage.

A contribution to the debate was also offered by the Sub-tenant Paolo Smeriglio of the local Port Authority, which illustrated the regulations and procedures put in place, till now, to guarantee assistance and safety to the various sea activities in the MPA Capo Rizzuto, including scientific and archaeological researches. 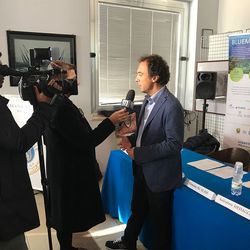 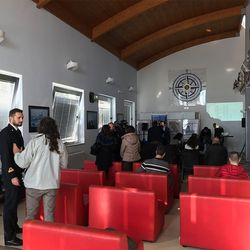 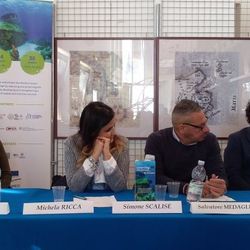 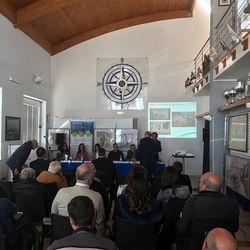 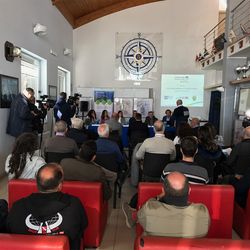