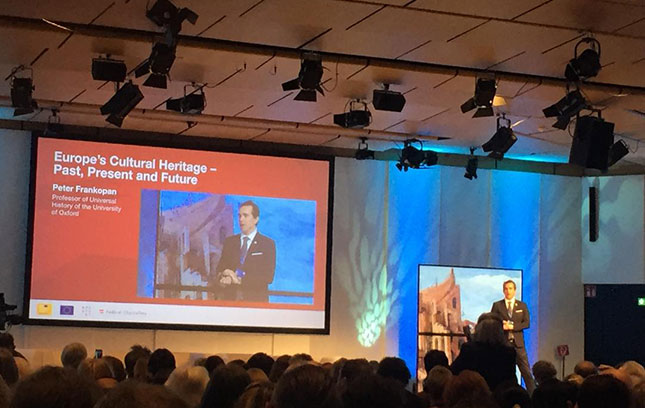 BLUEMED’s Lead Partner, Region of Thessaly, attended the conference “#EuropeForCulture - Closing conference of the European Year of Cultural Heritage 2018”, which was organized jointly by the Austrian Presidency of the Council of the European Union and the European Commission in Vienna on 6-7 December 2018.

During the first day of the conference and as a prelude to the closing conference of the European Year of Cultural Heritage 2018, 12 themed stations in the historic city centre of Vienna invited us to ask the question: instead of letting cultural heritage collect dust, why not experience it? We participated in the purple route, where at “Breathe in and roll out”, we enjoyed homemade apple strudel and learned about sustainable regional tourism. In “Grandma, Tell Us from Back in the Days” at Metro Kino, we watched excerpts from the film “European Grandma Project” and met and talked to actual grandmas there. And going through “In case of emergency: Save the Artworks!” at the Jewish Museum, we decided which objects in the Kabbalah exhibition would be evacuated first in an emergency and learned about their value.

During the second day, the conference highlighted projects, innovative methods of cultural education and promising partnerships for cultural heritage. The discussion of policy developments in cultural heritage illustrated success stories and future challenges. The main focus of the conference was on the legacy of the European Year of Cultural Heritage and the question “What remains from the European Year?” with the aim of establishing ideas for an ongoing commitment to the aims of the European Year and make use of synergies in the future cultural policies of the EU. 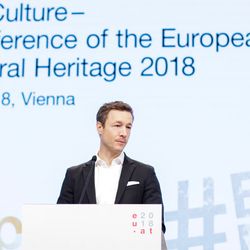 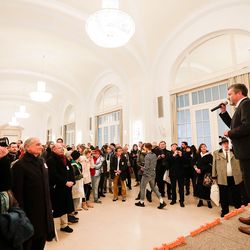 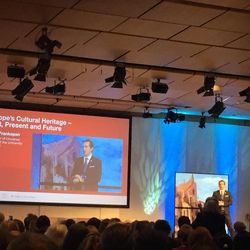 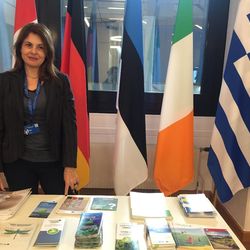