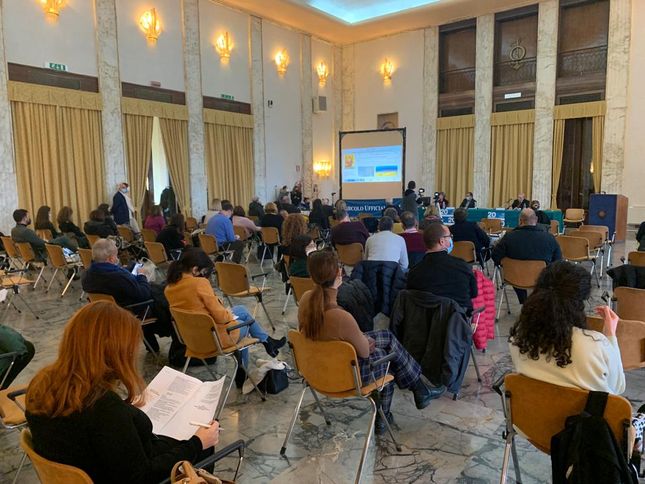 The BlueMED Plus Project was today presented at the International Symposium of Underwater Archaeology in Taranto, organized and hosted by the National Superintendence for the Underwater Cultural Heritage.

The project leader Fabio Bruno presented the main activities and objectives of the project, and the Superintendent Barbara Davidde showed the role of her Institution in the BlueMED Plus project.

The conference is organized and hosted by the Soprintendenza Nazionale per il Patrimonio Culturale Subacqueo, associated partner of the project. The event was strongly participated and rich in new ideas emerged in the panel session to develop new field of research for underwater archeology and for the conservation of the underwater heritage.

All news
Back to top