The second Bluemed Plus Workshop successfully held in Brindisi 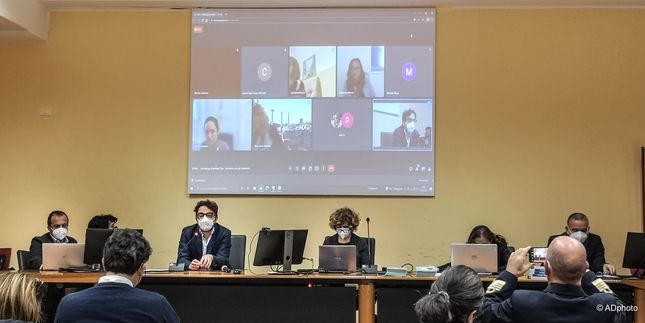 The second BlueMED Plus workshop organized by the partners was successfully completed in Brindisi, hosted by the Apulia Region at the Archaeological Museum Francesco Ribezzo.

In the framework of the BlueMED Plus project, the Apulia Region hosted the first workshop addressed to the local stakeholders at the Archaeological Museum Francesco Ribezzo in the historic center of Brindisi. 172 stakeholders have been invited. The event was held in hybrid mode (in presence, but simultaneously streamed) and it was focused on the promotion of the development of the cultural diving tourism in this territory by identifying, opening, and valorizing new underwater cultural sites to attract national and foreign tourists.

The project was presented by the leader Fabio Bruno (University of Calabria) to the local stakeholders, involved in collecting data about the presence of potential accessible underwater cultural sites as well as in providing suggestions and ideas for the improvement of the diving tourism offer in the Apulia territory. Barbara Davidde, head of the National Superintendence for the Underwater Cultural Heritage and Prof. Rita Auriemma (University of Salento) presented the underwater sites of the Apulia Region and the role of their institutions in the valorization of underwater archeological sites. The workshop was successfully held thanks to the participatory approach of all the local institutions, public bodies, universities, research institutes, diving centers, agencies and touristic operators involved, which play a fundamental role in the Apulia territory in the conservation and valorization of cultural and touristic resources.

The success of this second event will be crucial in the BlueMed transferring process and in the customization of the Roadmap.

All news
Back to top